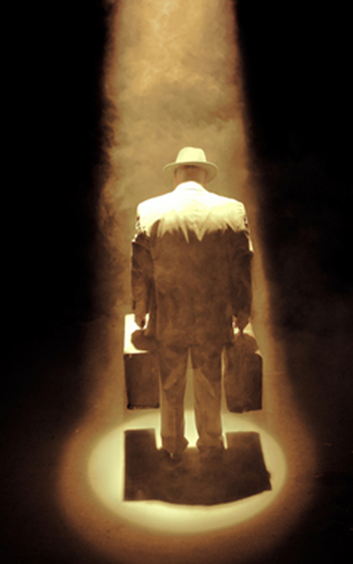 The Winning Story vs. The Whining Story

LESSONS FROM THE STAGE:
COMMUNICATION BREAKTHROUGHS WITH THE POWER OF THEATER

Without question, one of the most common greatest dangers for both the actor and trial lawyer is making the assumption that the audience actually cares about the story you’re telling. Please believe me that I’m not purposely trying to be callus by assuring you… they don’t.

I repeat: your audience does not care.

Ever. Unless you make them care.

Bottom line is this:

you have to earn your audience’s trust.

Never, ever, assume the audience cares about your story. You may nod your head and agree, but I can’t tell you how many people I’ve worked with who have made this critical mistake when it comes to telling the story…on both stages. Every story of your client is a story of hope. Beware of the dangerous trap of self-pity. In your advocacy of the victim, don’t play the victim. Make the victim the hero in their own story.

I was once cast in Arthur Miller’s great American play, Death of A Salesman. The Pulitzer Prize winning play of 1949 centers on the main character, Willy Loman. At age sixty-three, Willy has been a traveling salesman all his life. Despite his hard work and grueling schedule on the road, the Loman’s have always lived on the edge of poverty and Willy has always been the inferior in his company. Yet Willy constantly convinces himself and his family that the “big break” he absolutely deserves is just around the corner…But it never comes. Willy discovers the company has no further need for his services. He’s been let go. Willy is devastated and is unable to fathom how his employer could just cast him aside after so many years of faithful service.

Despite his protests otherwise, Willy knows deep down he is a failure. But he does everything he can to stave off his inevitable demise, even as he begins to slowly kill himself by inhaling gas fumes from a hose in the garage. Willy dreams of resurrecting his importance, especially in the eyes of his family, and without the status of being a man who makes more money, the dream, “The American Dream” is impossible to attain. When Death of A Salesman first opened in New York City, witnesses reported that grown men in the audience were weeping in their hats because of the recognition and kinship they felt with Willy Loman’s “dream.”

I remember the first evening the cast sat down to read through the play. I’ll never forget the words of the director. “There will be one, and only one, non-negotiable in this production. If any of you deviate from this one non-negotiable I’ll kick you out of the theater. At no point in this production can any of you, EVER, feel sorry for yourself. Because the minute you feel sorry for yourself, we don’t have a play.”

The actor playing Willy Loman has absolutely got to commit himself to championing for Willy Loman, right to the bitter end of the play, slow fade to black. He’s got to believe that Willy is a fighter, he has to make a personal connection and find the fight within himself that’s as fresh as wet paint on his soul, and he’s got to slug it out despite the tremendous odds stacked against him. That’s powerful drama. He’s got to believe there is also absolutely the chance to turn things around for his family, even as he’s drawing in his last breath in this world. And even though we, the audience, know the odds are never going to be in Willy’s favor, even though we know this is a tragedy in the truest sense of the word…now we care. We care deeply. But only if we see that the actor has honored Willy enough to fight for him. Because here is a man who still thinks he’s going to win. It’s only a tragedy when the actor amateurishly and arrogantly makes the false assumption that the audience is on his side from the get-go.

The audience is out for blood. It’s the coliseum, man. Lions and gore and bloodletting. But they’ll be on your side in a heartbeat when they see you fight to the last syllable, rather than hope that they, the audience, will be kind enough to throw you a lifeline.

“The Winning Story” is a story of triumph, a story of never giving up…ever!

Even when the odds seem like they’re stacked against you, it’s in your DNA– it’s every great “character’s” DNA– to triumph, to overcome the obstacle. Give your client a chance to shoot for their dreams. Look deeper at what’s really at stake in their story you’re communicating to the jury. Know what their win is even if it is never addressed in front of the jury. This may not be something you ever actually use in your opening or closing statement, but it’s something you’ve got to know deep down about your client. Trust me, it will read in your words, your demeanor, your nonverbal clues that lead to the heart of your winning story about your client.

Everyone, I don’t care who you are, has a dream, just like Willy Loman. Even if that dream has been stripped away… it was there once. Then the question becomes, how do you restore your client to their original dream? But the main thing is this: nobody is moved when you play the pain… except you. And how tragic is that! There is nothing more uncomfortable to an audience on stage seeing an actor feeling sorry for himself. And there’s nothing more uncomfortable in the courtroom when the trial lawyer makes the decision (and it is a decision) to feel pity for his client. The play is over then. Earn our love. Earn our respect. Then we’ll give you everything.

Jesse Wilson is a communications specialist, trial lawyer coach and consultant. A Juilliard Theater graduate, after 20 years of working in the world of theater, TV, and film, he has created “Lessons From The Stage” to empower trial lawyers to deliver high-impact presentations, as well as rapidly transform their communication and collaboration skills to effectively prepare clients and witnesses to testify. The true power of a story always comes from inside us, the storyteller… And the path to developing a winning story begins with the lawyer owning their own story. “Lessons From The Stage” provides the trial lawyer the difference between telling a “hidden, safe, ‘surface’ story,” and powerfully connecting to a story that goes right to the heart of the jury. Jesse’s hands on training is featured in his seminars, law firm retreats, intensives, workshops and webinars.

For questions regarding workshops and pre-trial consultation with Jesse and/or to have him work exclusively with your team, please feel free to contact Jesse directly at (719) 216-8390.