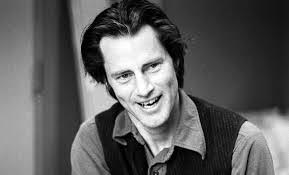 Sam Shepard and The Power of Language

Digging into the Hidden Landscape of Words

Sam Shepard made me pay attention not just to the power of language, but to my entire life. I discovered Sam Shepard when I was in junior high– an age when I was not really into “serious writing.” This might have even been pre-Hemingway.

I was doing a lot of theater as a kid and reading sci-fi and fantasy books… and then I discovered Sam Shepard. My life changed dramatically. I remember thinking, “how is it possible to write about such mundane things like broken beer bottles and hotel rooms and deserts and fill them with so much intensity?” Later on, I discovered other writers who could write this way, about “simple things” with so much power, but Shepard was the first to open the door for me to a world that had been right in front of my eyes the entire time, yet I hadn’t discovered it before. After his small and lesser known book “Motel Chronicles” came into my life, the bedroom was no longer the bedroom, but a place of possibilities, and the pictures on the walls and the things that people said, the smell of my mother’s hands, and cash, and the inside of a friends car, and driving to a party in his giant green Cadillac, was now imbued with mystery and hidden meaning.

Words, if properly played, have the ability to make you feel like you are having a love affair.

“Motel Chronicles” felt like I had snatched somebody’s hidden diary—a place that was too raw, too electrifyingly simple to be so brilliant. So much so, that it mixed up my wiring in a very, very good way. Shepard made me not just pay attention, but deeply respect writing, each and every word written on a page. But more importantly, he helped me to discover that what made the power of his words come alive was what was hiding behind them. They were coming from a intangible place, far beyond words, but nevertheless, a very real place.

I believe the power of language comes from the emotional landscape that’s hidden behind the words.

More often than not, when I lead workshops with lawyers or consult on cases, I see in real time how words can become nooses around our necks, or shields we hide behind. The noose quickly becomes too tight to take a breath, and that shield becomes too impossibly heavy to carry, so it buries you. If you are not aligned with the proper emotional state hiding beneath the words, then the words are adrift at sea and end up sinking into the abyss without ever making the impact on your audience that you need to state your case. It’s the emotion that carries the words aloft. The words come from the body of our emotional state, our hidden landscape.

A great use of language is also recognizing that no words could ever quite capture the feeling that I want to express to you now. Even if you are a dazzling wordsmith, there may be a moment where you just have to stop and listen, and feel that your audience doesn’t want you to say a damn thing. What you don’t say ends up becoming infinitely more powerful than the language.

When you make the emotional connection, you find the right words, you know what story you’re telling, you’re on the rails, and you naturally feel the rhythm and the shifts of the story as it unfolds. The words no longer become shields to hide behind, but portals to your hidden emotional state, your client’s greater story, the love story you’ve always wanted to write, or the dark intensity of a broken beer bottle. When it comes to delivering those words in front of your audience, in the moment, ironically you end up exuding more power and confidence in your delivery than you would if you were spending so much effort trying to take that breath despite the noose, or trying to carry that shield despite the weight. Sam Shepard knew this because he was first and foremost a playwright, a rock star in the American Theater.

When you make the emotional connection– when you dig into the hidden landscape– the right words and the right delivery of those words will always be in your service.

I am deeply grateful for Sam Shepard who paved the way for me and for so many others to trust in the greater possibilities of language.