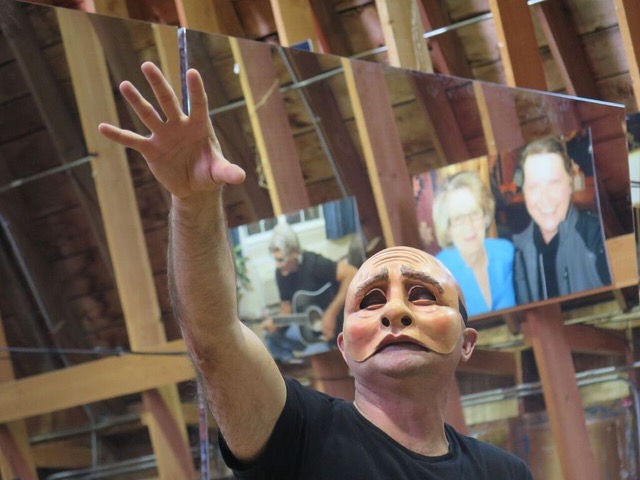 Find the Right Story for Your Client

In our Tell the Winning Story workshops, when you create your client’s monologue (finding your clients emotional truth) you play the part of the actor/storyteller, with your partner directing you. Then you trade places to become your partner’s director. Along the way, you add a third dimension, since you both have a hand in ‘writing’ your respective clients’ stories. This is crucial for finding the right emotion for the right character for the right story you need to communicate to the jury in your Opening Statement. When you go to court you’ll be wearing all those hats:

Your role as director— as the person orchestrating and coordinating the case— deserves special attention. I invite you to join me in seeing some masters at work. Let’s visit a few great directors of theater and film.

It would be inaccurate to call them ‘unsung’ heroes. Top directors get plenty of attention—everybody’s heard of the Coen brothers and Martin Scorsese—but they are misunderstood heroes. Many people don’t understand exactly what movie and theater directors do.

The simplest way to put it is that they shape the story. They can have that effect by leveraging any number of elements: by coaching and guiding the actors, by writing the script or altering it in some fashion, and by working with the theater tech team or the film crew. Usually it’s a combination of all the above, and more.

What is often overlooked is the work that directors do to connect with the characters in their stories. It’s as important to them in a dramatic production as client connection is in a trial. You can take Wes Anderson’s word when he says,

For the Grand Budapest Hotel, on which he was director and co-writer, Anderson started by inhabiting the world of his key characters. The one at the center, Gustave the concierge, was inspired by a real person Anderson and his writing partner knew. They imagined him into the hotel setting and the story took shape from there.

Directors will go to great lengths to find the emotional truth of a character. A striking example comes from Jane Campion, one of the few women ever nominated for the Academy Award for Best Director (we’ve yet to see a woman get that one) and winner of an Oscar for her screenwriting. Campion is known as a director who gives actors great latitude to interpret their roles. Still, she digs deep into the characters herself, especially when she’s scripting them.

How deep? Her movie Bright Star is based on a true story from the early 1800s. It features a young woman, Fanny Brawne, who was in real life a fiery intellectual. Today she’s often referred to as a proto-feminist, and it would be easy to imagine a movie that makes Fanny out to be a modern type of woman transplanted back to an earlier time.

But Jane Campion doesn’t go for easy surface stories. In her reading she found that Fanny, like many women of that era, loved to sew and embroider. This intrigued the director—to the point where she learned hand-embroidery and practiced it while working on the film. It is a physical act that reflects our inner state. What we do with our hands, or with any part of our bodies, is tied into our emotions and the emotional truth about ourselves.

Campion wanted to get in touch with that. The deeply realized Fanny Brawne who came across in the movie, a woman ahead of her time but also of her time, won rave reviews for Bright Star. 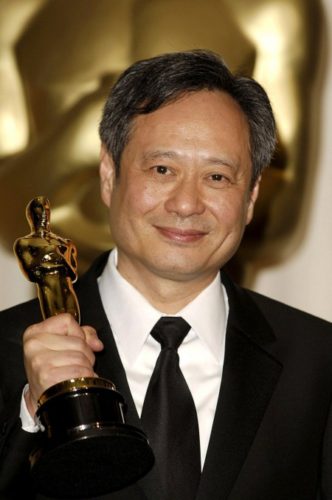 Now let’s hear from one of the most acclaimed movie directors, Ang Lee. He is the artistic equivalent of a sports dynasty. Lee has won the Oscar for Best Director three times and counting. Moreover, he has directed an amazing variety of films about a vast range of characters— from superhero and martial-arts action movies, to an adaptation of Jane Austen’s Sense and Sensibility, to a film that made a tremendous splash when it came out in 2005: Brokeback Mountain.

Lee had little familiarity with the subject matter of the movie. He’s an Asian immigrant to the U.S., happily married to a woman from his native Taiwan. As he said to an audience at a talk-back screening of Brokeback Mountain,

“What do I know about gay ranch hands in Wyoming?” *

Annie Proulx, author of the short story that the movie is adapted from, admitted she had grave misgivings when she learned that Lee had acquired the screen rights:

“Here’s this guy, born in Taiwan, who just came from doing The Hulk. I was terrified.”

But Lee told her he’d been profoundly touched when he read her story. He cried. He came away determined to dramatize it. Lee has said that his work “has to be led by emotion … That’s the only thing I could trust when making a movie.”

As for the emotion he found in Brokeback Mountain:

“To me, it’s a story about the illusion of love. That transcends being gay and being a cowboy and all that.” Lee said he was quite moved by the internal conflicts that tear apart the two men in the story. “Because they don’t know what love is, they spend the next 20 years trying to catch it.”

Lee described himself as a reticent person who tends to avoid confrontation, although he does like “to challenge, to examine conflict. Inner conflict, particularly.” His bottom line:

“You have to go there to examine humanity. Otherwise, we cover ourselves up.”

Everything that Ang Lee said ought to sound familiar by now. In a few brief remarks about the movie, himself, and his directing approach, he touched on several Fundamentals and principles we’ve been learning.

Being ‘led by emotion’ is all about getting attuned to “The State Before the Story”—the emotional state that drives what a person does. Examining inner conflict is, of course, a matter of Coming to the Crossroads. And when Lee talks about overcoming his own reticence to challenge and dig down, he is Embracing the Obstacle. (The State Before the Story, Coming to the Crossroads, and Embracing the Obstacle are subjects addressed at greater length in Tell the Winning Story’s online school offering: The 8 Fundamentals)

With the help of some great actors, he directed a Brokeback Mountain that did justice to Annie Proulx’s original. The movie drew responses like those Proulx got from her work of short fiction. She received more than a few letters saying, in so many words, “You’ve told my story.”

May you hear the same from your clients.

*This and much that follows comes from a Chicago Tribune story about the event by Robert K. Elder.